Some rides are not for the faint of heart. Luckily at Walt Disney World, more often than not the rides are enjoyable for even the biggest of chicken hearts like me. For the more adventurous, a few Disney rides do offer a bit of a thrill. One of those rides is the Twilight Zone Tower of Terror, but just how scary it is is something you’ll have to decide for yourself.

What is the Twilight Zone Tower of Terror

The Twilight Zone Tower of Terror is a drop ride at Walt Disney World in Florida. The foundational story of the ride is based on Rod Serling’s Twilight Zone and has a haunted 1930s Hollywood Hotel theme. Three other parks have followed with unique versions of their own Tower of Terror ride – Disney’s California Adventure Park, Walt Disney Studios Park (Paris), and Tokyo DisneySea.

History of the Tower of Terror

The initial idea for the part roller coaster, part drop ride was in the early 1980s as part of an extension of what is now Disneyland Paris. While those at Disneyland Paris scrapped the idea, Imagineers for Walt Disney World picked it up to be part of a massive expansion of the Florida park.

The Imagineers had tossed around the idea of a haunted attraction, like a whodunit murder or a Stephen King novel. They were eventually inspired by Rod Serling’s anthology series The Twilight Zone as a foundation for their original story. Imagineers mused that the attraction would take riders to the 5th dimension Serling always described in the series.

Once the proposed ride got the green light, Disney licensed the right to use the Twilight Zone as intellectual property. The Imagineering team settled on a 1930s Hollywood Hotel theme after watching all 156 episodes at least twice to study the show and to select and study the theme.

Fun Fact: Micahel Eisner, the CEO of Disney at the time, wanted the Tower of Terror to actually be a hotel as well as an attraction but it was too timely and expensive.

Now that they had the theme, they just had to build a whole new ride system. No biggie. The Imagineers wanted to allow capacity while at the same time allow it to drop fast. They worked with Otis Elevator Company to create the vertical ride system and Eaton Kenway to create a ride vehicle that could drive itself horizontally.

Disney wanted to include Rod Serling in the ride’s preshow but that would be a little hard seeing as he died at least two decades earlier. So with the help of Rod’s wife, Carol, they held voice auditions to find someone to imitate Rod’s voice.

Mark Silverman was chosen after many auditions and they synched Mark’s audio with archival footage from an episode to create the preshow for all riders to see.

Where is the Tower of Terror Located

In July of 994, the Twilight Zone Tower of Terror opened in Disney’s MGM Studios on Sunset Boulevard which is now Disney’s Hollywood Studios.

Guests 40” (102 cm) and taller can enjoy this ride. Measuring at 199 feet tall, it is one of the tallest attractions at Disney World. It features a 13 story drop that reaches up to 39 miles per hour.

The average height of a 5-year-old is 43 inches, so does that mean 5 years old is the recommended age? Not necessarily, that will depend on your child whom you know better than anyone else. Most reviews seem to fall on the consensus that between 7-10 is the safest age starting point to not be frightened while others have said their kid as young as four loved it.

As for the age requirement, all children under the age of 7 must be accompanied by a person 14 years or older.

Disney does an excellent job of making all their rides as accessible as possible. For the Tower of Terror, guests must transfer to a standard wheelchair and then to the ride vehicle. Due to the nature of the experience, service animals are not permitted for their own safety. Also, video captioning and complimentary language translation devices are available in French, German, Portuguese, Japanese, or Spanish.

When the Tower of Terror first opened in 1994, the ride featured a single 13 story drop. The drop sequence is now randomly selected so no matter how many times you ride, you still cannot confidently predict when you’ll drop and for how long. It also guarantees you a different ride experience every time, keeping thrill-seekers coming back for more.

For safety, be sure to properly secure any personal belongings you bring on the ride too. Because of the gravitational pull of the fall, loose objects will actually hoover.

You also need to make sure you strap in yourself because riders have reported feeling a levitation sort of effect. This happens because at no point are riders actually falling. They are being pulled. The ride system pulls the elevator cart down faster than gravity and that is what creates the hovering effect.

As with every Disney ride, there is a line but luckily the Tower of Terror is one of the rides that make the queue part of the overall experience. It starts in the unkempt gardens of the 1930s Hollywood Tower Hotel before entering the cobweb-covered lobby that seems to be frozen in time. It displays antiques and furniture purchased from Los Angeles area home auctions. There are also hidden mickey’s throughout so be sure to be on the lookout.

A television set suddenly comes to life and Rod Serling himself appears to welcome you on your journey to the Twilight Zone. The back story: on a gloomy Halloween night in 1939 some hotel guests were riding the elevator when a violent storm struck the building and they were never seen again. The hotel closed down and has stood empty ever since.

Yes, as you thought, the ride vehicle is an elevator car.

There are a total of 21 seats, 7 guests per row for a total of 2 rows (pulls out calculator). Of course, there is a seat belt as well as handlebars on the side of the seats that you can use when you are dropping.

What Happens on the Ride

After Rod Serling’s creepy welcome and history lesson, guests make their way down to the boiler room to enter the rickety, elevator-style lift and strap into your elevator cart seat.

You may be mentally preparing for the drops you know are coming but Disney is known to let the anticipation build. As the elevator rises, you stop at a floor, and the elevator doors open to see a ghostly scene that turns into a starry sky. The elevator cart starts to move but it is not the direction you think it is. Instead of plummeting, you move forward, seemingly to enter the 5th dimension and you hear from Rod Serling again.

As the ride suddenly goes dark, prepare to shriek in terror as the elevator suddenly drops, reaching speeds of up to 39 miles per hour. Will you make it back to the real world, or become a permanent resident of the 5th dimension known as the Twilight Zone?

As we mentioned before, previously there was only one single story drop, 13 stories to be exact.  But no longer.  Now the drop sequence is selected at random every time but one thing is sure, when you see the light at the top of the hotel, it is not like the light at the end of the tunnel. This is usually the longest drop because it is from the highest point. Try to waive to other Disney park guests before you plummet again. They’ll be watching you from the safe ground.

When you’ve finally reached the boiler room again, Rod Serling will welcome you back to reality. You did not get stuck in the Twilight Zone

A few fun facts about the ride include:

What Is The Best Time of Day to Ride?

The very beginning and end of the day are when you can likely walk on to the ride with little to no wait and not have to waste a fast pass. As the day goes into midday peak hours for park attendance, the shortest average wait time is approximately 20 minutes but can be up to 190 minutes during peak times with larger crowds on holiday weekends for example.

If you ever see the wait time posted at 13 minutes, it is almost guaranteed that you can walk on. The unlucky 13 is an inside joke between Cast Members and the same rule applies to the Haunted Mansion.

Is the Twilight Zone Tower of Terror Scary?

We’ve circled back to the original question now. I hope with all this information you can begin to gather whether or not it might be scary for you. Because fear is relative, each person may have a different idea of whether or not it is scary.

Maybe a child that is just tall enough to reach the required 40” will be frightened by the ghost sequences. If you’ve ever seen an episode or two of the Twilight Zone, you know Rod Serling’s voice alone can be creepy.

If you’re like me and can’t do the drops (i don’t like the feeling of it in my stomach) and that ill-feeling scares you then yes it is scary.

It is not a ride that everyone enjoys, as the drops are the scariest parts, especially the ones in the pitch-black darkness. If so, you can stick to the 1997 movie to get my Tower of Terror fix.

But if drops and ghostly scenes give you just enough thrills to be enjoyable but not scare you, then no, the Tower of Terror is not scary.

Being a Guest on the Mousecapades Podcast 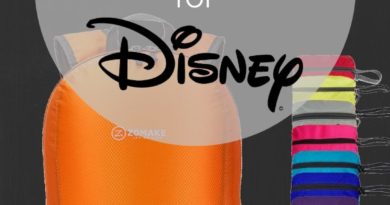