As usual, it’s really fun making a list of the best and snacks to try at Hollywood Studios. Of course, you may have other snacks on your mind, but these snacks will give you something to remember. Please note that during your next trip to Disney, some of the snacks mentioned may no longer be available.

What should I eat at Hollywood Studios?

When it comes to food, Hollywood studios don’t quite compare to other parks like Epcot and it’s Showcase. To be honest, when you think about Hollywood Studios, the first thing that doesn’t come to mind is snacks.

For a park that has Star Wars Galaxy Edge, Rock’s Roller Coaster, and Tower of Terror, you would think there would be some equally awesome snacks.

However, you can still come across some pretty amazing meals, snacks, and sweets that you can eat at the park. For starters, here are some nice foods you can try out at the Hollywood studios.

You will find several different models of delicious cupcakes all over the park.

Where do you get churros at Hollywood studios?

Churros are deep-fried delicious soft dough piped into long shapes like that of a stick. The Churros at Hollywood Studios are rolled with cinnamon. They often serve it in pepper to prevent the tasty goodness from escaping.

You can get the lightsaber churros which you can find on churro carts available on site. The lightsaber Churros are also available at Anaheim Produce, the Market at Pixar Place, and Pretzel Palooza.

There are many and I mean a lot of snacks and desserts that are among the four Disney World theme parks. You can either culminate in a restaurant meal sitting with a special treat or grab something from a trolley or a quick-serve window.

The options are enough to make your head spin faster than a whirlwind. With just a few days and limited stomach capacity for your Florida vacation, you’ll want to be cautious in your snack choices.

Our list is not in a specific order, so be sure to try any snack that is right for you. We haven’t included any seasonal snacks. However, we tried to include snacks that you will always find when you visit Hollywood studios, regardless of the time of year. They should all be there for the foreseeable future, so grab some snacks!

This delicious frozen pineapple dessert can be enjoyed in a bowl, as a parfait, and even on a piece of overturned pineapple cake.

Become cult over the years, this fruity ice cream is now found in the form of a plush, phone case, pouch, and other derivative products. There are also variations with other flavors, but pineapple is everyone’s favorite.

Location: Currently, you may not be able to get a dole while directly at the Hollywood Studios. However, you can get freshly served Dole whips at BoardWalk Joe’s Marvelous Margaritas which is just 15 minutes walk away.

This delicious cupcake can serve as a dessert for the whole family. The butter finger cupcake is one delicacy you must try once you visit the Hollywood Studios.

The dough is simply divine, soft, and just sweet enough. Its sweet and divine taste will leave you licking the top of your fingers.

If you buy it for your Instagram stud, capture it quickly, because its weight quickly cracks the frosting. Besides, the cupcake is available in chocolate and butterscotch flavor..

Location: You can see this amazing treat at the Trolley Car Cafe.

This large dill pickle is very refreshing! It is sold in a plastic bag, which helps to catch the marinade that would run a little on our fingers otherwise.

This beverage is the frozen version of the soft drink with fruit. In great heat, we drink this delight in a few sips! It is available in two flavors, Wild Cherry (pictured) and Blueberry.

Location: offered in different refreshment kiosks, in the four parks.

Its breading is crisp and the sausage perfectly cooked and tender. The dish is served with an accompaniment of very hot homemade chips.

Another fabulous breakfast option is the Woody’s Lunchbox breakfast plate. The bowl includes barrels of potatoes (think tater tots), eggs, breast and sauce. Sure, it’s a little more complicated than the other takeout options, but it’s worth taking an extra towel or two.

Available everywhere in the four parks, treats and cupcakes in the shape of Mickey and Minnie are all the rage!

I opted for this very fudgy chocolate cake pop. Like resisting these little pants with ears!

Location: Offered in all four parks

Another mouth watering snack is the Backlot Express Caprese Sandwich. Yes, it’s another sandwich, but we promise it will be worth it. Even though it’s an all-vegetarian option, it’s packed with marinated mozzarella, tomatoes and a ton of incredible flavors that you won’t soon forget

This may not look enticing, but everyone knows they shouldn’t knock it before trying it. So go ahead and try a fried green tomato sandwich from Rosie’s All American Cafe. This strange concoction is really delicious. The sandwich is completely meatless, even vegetarians can enjoy it!

This Mickey-style ice cream sandwich plunges us into Disneymania! There are also several other kinds of Mickey Mouse ice bars, in several flavors.

Location: in ice cream kiosks, in all parks.

The BBQ brisket melt is another incredible offering from the new Hollywood Studios. This treat comes in the form of a barbecue breast sandwich. Obviously, this is a delicious option that any meat eater would like to grab before jumping online for a ride or a show. Just make sure you have a nice float to wash everything off. Trust me, this BBQ will leave your tastebuds craving for more.

It’s because of dishes like this shrimp skewer that people love to eat at Epcot. It’s a real trip around the world! The shrimps are tender and the cane sugar on the skewer gives a good taste to the dish.

This strawberry milkshake also celebrates Mickey’s 90th birthday. With cotton candy that melts very quickly, he tastes the strawberry marshmallows from our childhood. And it’s more than Instagrammable! Go get one to sip while waiting for the fireworks.

This mini pizza has a homemade taste and a delectable crust! You can always opt for the pepperoni version, but there are other garnish options.

In the meal version, it is offered with a small Caesar salad. Don’t forget to pick up a mustard and honey sauce at the condiment counter to dip your pizza crust!

If you’ve had enough of all this sugar, turn to the little trios of clementines, chopped pineapple, and sliced ​​apples. If you want to avoid plastic, you can also buy whole fruits like apples, orange, and banana.

Location: in fruit and vegetable kiosks, in the four parks.

From one park to another, there are many opportunities to eat one of the delicious snacks offered by Disney World. Luckily, we spend a lot of time walking, so we’re quickly hungry!

Some of these snacks are special editions that are offered for a limited time. For example, Mickey Mouse Celebration Snacks celebrate 90 years of the legendary mouse.

Looking at our list, the best snacks from Hollywood studios have only been in the park for 2 years or less. This proves that even Disney has recognized the park’s weakness in this area and is trying to fix it. We think they have done a great job so far, and there is now a plethora of sweet and savory treats you should try when you visit Disney’s Hollywood Studios. 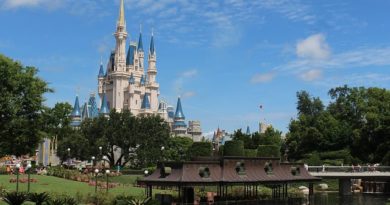 Disney on a Budget 2019 – the Ultimate Guide 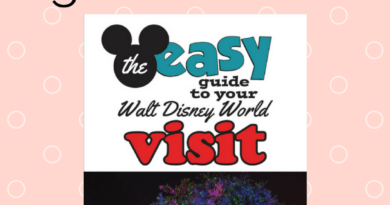 the easy guide to your Walt Disney World Visit 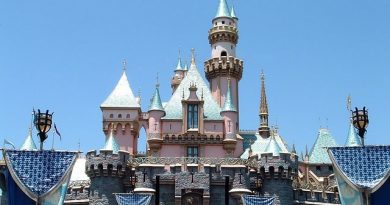