What Are Priceline Express Deals

Priceline Express Deals are mysterious hotel deals that offer deep discounts (up to 60% off) with one (major) catch: you only know the location, rating, and amenities. Meaning that you won’t know that hotel’s name until you book.

These reservations are non-refundable and non-changeable.

If you’re anything like me, the idea of not knowing the name of the hotel you’re booking is so scary that you might think that it isn’t worth 60%.  So we pass the savings up. But realistically, how many times have you booked a hotel because of the name? I almost always book on location, ratings, and price.

But what Priceline offers with their Express Deals is a super cheap price, with all the essential details about the hotel. They tell you the area or neighborhood the hotel is located, the hotel’s rating on Priceline based on a five-star system, along with some of the offerings of the hotel, like WiFi Internet and shuttles to and from the airport. It allows you to focus on getting everything you need out of your accommodations, without knowing which hotel is which.

I know people that use Express Deals to book all of their hotels, and they love it. Many times you can research and have a general idea of which few hotels the deal might be, which is very helpful. Here are some of the ways to get the best deals Priceline offers, for anyone who needs to begin planning their adventure and has no idea where to begin.

With Priceline Express Deals, you can save up to 60% on your next hotel purchase.

How To Use Priceline To Book Accommodations For Walt Disney World

All hotel brands use Priceline Express Deals to fill their unsold rooms, and Disney is no different. Thankfully, that means that there’s a chance to find amazing deals on Walt Disney World resorts. No need to pay high prices to stay at the best accommodations, with these deals, you can find your party a room at some of the best resorts in both Florida and California.

Of course, this depends on a lot of things, first of which is the season. If you are trying to book accommodations for popular times, like the holidays or spring break, then there’s likely to be little, if any, available rooms. Along with that, the deals are usually available shortly before the dates. So Express Deals are best for last-minute trips. Or you can book rooms someplace with a great cancellation policy, and hope for the best while searching for rooms in the days leading up to your trip.

The biggest factor of Priceline Express Deals is that they are blind, so you don’t know the name of the hotel until you book it. But with the right tools, it’s possible to figure out what hotel the listing refers to, or at least narrow it down. The first thing to do is to deselect all neighborhoods, instead just checking off “Walt Disney World – Bonnet Creek” and “Walt Disney World – Disney Springs.” This tip comes from Disney Tourist Blog, who says that on Priceline, all official Disney World resorts are within those categories.

Now, here’s where it gets a little more difficult. There’s no way to know for sure what hotel the Express Deal is, but it’s possible to get close. Priceline is always trying to make it more difficult to figure out what hotel it is, so you need to know a lot about the resorts or research thoroughly in order to be quite sure.

When you are trying to figure out what resort the deal is, remember to compare the star rating to this list. When you are looking through the deals, try to have an Express Deal search up next to a regular Priceline search. Compare guest rating, the number of reviews, the bed options, and amenities, and look at the location map.

Sometimes Priceline gives you an extra clue by showing you which three hotels it might be. In the case above, this verified that the Express Deal was not a Disney resort.

There are some sites that say they can help you figure out which hotel is which, like Reveal Hotels and Better Bidding, which might be worth looking into while you search. But even then, you won’t know for sure what it is until you book.

When you book a Disney hotel through Priceline or similar sites, you cannot add a dining plan to your reservation. But other than that, it’s just like a normal Disney reservation. You can link it to My Disney Experience, get a magic band, and all that goes with a regular Disney reservation.

A Look At Current Priceline Deals For WDW

With just a quick look at current Priceline deals in February 2020, there isn’t much up there right now. But that is bound to change from day to day. Even in a regular search on the site, Priceline listed some Express Deals, and they made it pretty easy to see which hotel it is.

But even non-Disney resorts are places you should look into. Some of the other hotels in the area participate in Extra Magic Hours, when you get to enter the parks earlier or stay later than other guests.

With some hard work and research, and spending time continually checking Priceline’s offerings, you can find a Walt Disney World hotel within the Express Deals. Many people have had great success from this. But as it is a “blind” deal, there will never be true certainty in your booking, so be prepared when you decide to book.

Hotwire also offers blind deals like Priceline, though they are called “Hot Rates.” Because they have a different system, there are therefore different techniques with how to figure out what hotel the deal is for.

Hotwire shares the same star rating system when categorizing the hotels, so that’s good. When you are selecting the neighborhood, you only have to select “Walt Disney World – Bonnet Creek.” On Hotwire, all of the WDW resorts are in this area. Another great benefit to booking on Hotwire is that, at least for now, you can figure out if the listing is a Disney hotel if it has an Airport Shuttle. Keep in mind, this is only on Hotwire and doesn’t work on Priceline.

The Budget Mouse has a great post about this same topic, with many tips for booking on Hotwire, such as that they use Expedia for the hotel reviews. This can really help when trying to match up a deal to a hotel.  Because of all of this, Hotwire might be easier to figure out than Priceline right now, though that could change, as both sites are likely to shift their categorizing techniques as people figure it out.

Hopefully, this has helped explain a bit more about Priceline Express Deals and Hotwire Hot Rates. They can seem very complicated at first glance, and most people probably don’t know that it’s possible to get a Disney hotel through them. Good luck on your search!

Whether you need a one-way ticket, round-trip, or have more than one destination, Priceline provides deals on flights to a wide range of places. For even bigger discounts up to 50%, plus you can then use Priceline Express Deals to find the best deals on flights. Their top destinations include Honolulu, HI, Las Angeles, CA, San Francisco, CA, New York, NY, Las Vegas, NV, and Houston, TX.

The rules?  Just like with hotels, these flights are non-refundable and non-changeable. All Express Deal airfare sales are final.

HOT TIP: Priceline counts as “travel,” so you’ll get 2x points when you use the Chase Sapphire Preferred® Card to pay for services through this OTA

Let’s say you are more of a spontaneous person who needs a vacation but hasn’t made any plans in advance. Have no fear! Priceline offers great last-minute package deals on hotels!

No bidding is required when using Express Deals. Rooms in New York City when reserved with a flight on Priceline have been marked down as low as $49 a night. Save 40% at the 4-Star Express Hotel in Downtown Chicago with rooms as affordable as $74 a night.

Priceline offers some of the best-discounted prices on hotel rooms, flights, car rentals, and cruises no matter what kind of retreat you are planning. Whether it’s short-lived or an escape that needs to last months, Priceline will shape any journey you plan on taking. 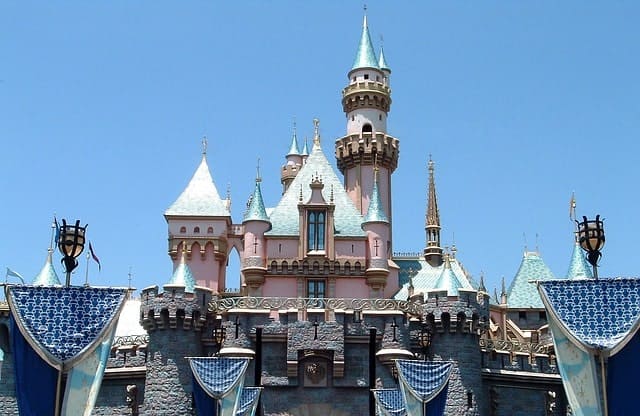 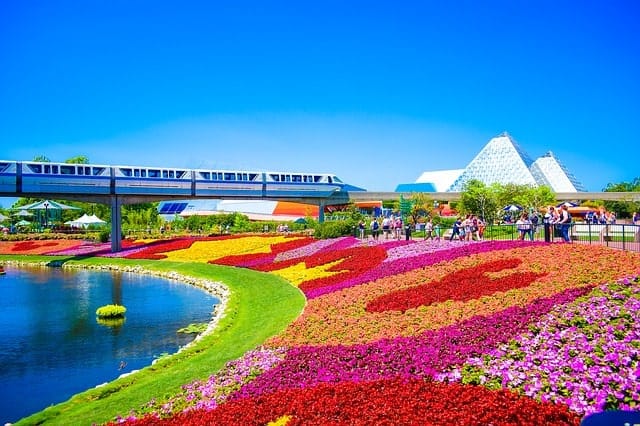 Next
Disney 2021 - Everything you need to know

What great tips you've shared with us. I've never heard of Priceline Express Deals before but that sounds amazing and I'm always up for saving money.

I've personally never used the Priceline deals, but I've seen others use them with great success. In fact, my sister-in-law has nearly mastered the art of narrowing down which hotel she is likely looking at when using it. It's a great way to get a good deal while still ensuring that you get everything that you want and need in a hotel.

Sounds like a great way to save some extra cash while on vacation, I will have to use this the next time I plan a vacation out to Cali.

mysterious hotel deals.... this sounds very intriguing. Thanks for all these tips.

As an absolutely awesome idea! As I have often been heard to say, I don’t go on vacation to stay in the room — I go to have adventures and just come back to the hotel to sleep. As long as it is clean (and for me, accessible) I don’t care. Bookmarking this!