There is always an excellent option for visitors who want to save money while keeping the advantages that Disney offers. These advantages include Magical Express, Extra Magic Hours, and of course free transportation around the Walt Disney World Resort.

Families with children will certainly find their interests at the POP resort. With their larger than life and colorful icons, everything is there to please children. On the other hand, it is not a great choice if you want to celebrate your engagement or to live your honeymoon there (spend a good part of your time in the room).

Here you can swim in an extraordinary swimming pool and enjoy a gourmet restaurant within walking distance.

Where are preferred rooms at Pop Century?

If you have your car, you’ll also find convenient parking for the standard 1950s section. It’s also easy to walk from there across Hourglass Lake to the Art of Animation complex. We love to hang out there and have a meal in the flavor landscape of the food court, which has different options from the All Pop Food Court.

Which building is best at Pop Century?

One of Pop Century’s problems is that it is a large hotel, with high occupancy, which is why you’ll see the pop century resort map download here various times. There are nearly 3,000 rooms (2,880). That’s more than the Contemporary, Polynesian, and Grand Floridian complexes combined. Since there are only 10 buildings in the hotel, this means that there are nearly 300 rooms in each building.

Also, the buildings of the 60s are far from the car parks. So if you have your car at Disney World, it can be a long walk from your room to your car. If you have a car, you will probably want to be in the 50’s or 90’s buildings.

If you want to be closer to the Spring Classic Hall for your favorite room and ask for the 60s building. If you want the closest, add a group view. You can request a specific building, but Disney does not guarantee any request.

Where is the Skyliner at Pop Century?

If you plan to go to Hollywood Studios using the Skyliner, this can take up to 12 minutes, including transfer times. Recently, waiting for the Skyliner is manageable, so you’re less likely to avoid using the skyline.

The Disney Skyliner is a gondola transportation system that links Epcot and Hollywood Studios to four Disney stations.

Are all rooms at Pop Century refurbished?

In October 2017, the three buildings of the 80s and 90s were renovated. When booking, you can request to have a renovated room. Disney normally considers visitors’ requests when allocating rooms. Presently, the renovation has been completed in the 70s section. The renovations were duly completed before 2018.  Presently, all the rooms at POP Century are completely renovated and refurbished.

Disney does everything to ensure that visitors’ journeys are not compromised. Customers were delighted with the renovation of the room at Pop Century since it has a high-end bedroom look. They are very well decorated and well thought out.

The biggest change we can see is a new configuration with a regular bed surrounded by night tables and a Murphy bed (Murphy bed) which also serves as a table. These two beds are queen size, compared to the double beds previously in these rooms. There are no more carpets on the floor.

There is a lighter color scheme, dominated by white but with a touch of orange and lime color. Above the main bed is a pop art painting by Mickey Mouse and one by Pluto above the Murphy bed. There is also a lot more storage space with a dresser under the television and shelves throughout the room. They also added charging stations for cell phones, tablets, and other electronic devices.

As in all rooms at Disney, you will find a mini-fridge and a coffee maker. In the bathroom, you have a sink, a lighted bathroom mirror, and a makeup mirror. There is also a sliding door to separate the bathroom from the main room, a glass door in the shower instead of a curtain, and also a rain shower.

The hotel is at the south end of Disney World, minutes from the Hollywood studios and Epcot. Most major attractions are a short drive away, including Epcot Center, Magic Kingdom Park, and SeaWorld Orlando.

They are all 10 to 15 minutes away, while Disney’s Hollywood Studios is just a five-minute drive away. ESPN World Wide from the sports complex is a seven-minute drive. All restaurants, shops, and hotels along International Drive are approximately 20 minutes away, and the Orange County Convention Center is 23 minutes by car. Wait 30 minutes to get to Orlando International Airport.

In this hotel, you travel back in time, and visit a few decades of the 20th century, through pop culture, as the name suggests. The resort is divided into several sections, each section representing a decade, going from the 50s to the 90s … The decorative principle is giant objects, and it’s quite impressive! Among these objects, we find a Walkman, a table football, a Yoyo, or even a Rubik’s Cube, but also giant Disney characters.

All rooms at Disney’s Pop Century Resort have either two double beds(one as a murphy) or one king bed, a table with chairs, a vanity unit, and a bathroom. All of the rooms in this hotel were renovated between 2017 and 2018, which is pretty good news, as the rooms were a bit dated. The rooms all have a safe, hairdryer, mini-fridge, and ironing board with an iron.

Each room includes a wall safe and a telephone with voicemail and data entry. A hairdryer, fridge and iron and ironing board are available on request.

The hotel’s three outdoor pools have a different theme, with larger-than-life decorations paying homage to the 1950s, 1960s, or 1990s. The 1960s-themed Hippy Dippy pool is the only one with notable features, including the jets.

It has Flower-shaped water, a kids’ pool, and a bar with seating although Most other Disney pools have more bells and whistles. It also hosts regular screenings of Disney movies in the evening.

There’s an outdoor playground, and guests can rent a variety of bikes to tour the gardens (for a fee). There is no kids’ club or supervised activities, just a large indoor game room with a wide variety of video games and air hockey.

Disney’s Pop Century Resort takes you directly into the unforgettable fashion of the 50s and 90s that impressed the world. Being a valuable resort, Disney’s Pop Century does not offer a gym, but it does have many unrivaled amenities for guests of the Disney Resort hotel.

I can suggest a brisk walk and / or jog across the many trails and especially on the Generation Gap Bridge which leads to Disney’s Art of Animation Resort. It can be fitted with weights for the hands and/or ankles and can make arm curls, sudden movements of walking, and arms raised forwards. If you don’t want to pack weights, you may be able to participate in squats, push-ups, leg lifts, and crunches.

The Hippy Dippy pool is perfect for swimming laps and a more refreshing way to exercise in the Florida heat.

Disney’s Pop Century Resort offers three 24-hour laundries for your comfort. You will find these rooms near the bowling pool, the Hippy Dippy Pool and the computer pool. I have also included an interactive community map to help you, just select the highlighted link to view it.

The cost of using the machines is $ 2.00 per charge and many are equipped to take debit/credit cards. Another good piece of advice, Walt Disney World Resort now uses the LaundryView system which will allow you to check the availability of the machine and download the progress directly from your phone. This makes it very convenient to enjoy the pools while doing the laundry.

This is one of the best food courts in Disney World, and I often try to stop even when I’m not staying at Pop Century. Offering grilled dishes, sandwiches, and salads, pasta, and pizza, Asian cuisine, and pastries, everyone will find something they love in Everything Pop.

Offering pizza, desserts, and drinks, the Pop Century pizza delivery is available between 4:00 p.m. and midnight every night.

Petals, next to the Hippie Dippie pool, is the perfect place to get all your favorite concoctions and try new ones. Don’t forget to have a good time at the ping pong table during your stay.

Disney’s Pop Century Resort is one of the only two hotels located in the Wide World of Sports Resort area.

The shuttles arrive every 20 minutes and start operating 45 minutes before the park opens; the return service ends two hours after the parks are closed. Morning shuttles can get crowded and guests tend to queue early, but because the Pop Century Resort is so large, it has its dedicated buses, so guests don’t have to stop in other stations.

Those who choose to drive will receive a free parking pass valid at all Disney parks. This is a great advantage for budget-conscious travelers, as off-site parking can cost around $ 20 a day.

There is nothing special about the rooms at Pop Century Resort. These are inexpensive entry-level rooms that would be a lot harder to rent not being on the Disney site. The rooms look a lot like the renovated rooms at All-Star Resorts.

If you only go to your room to sleep and shower and enjoy the benefits of the Resort, then you will not be disappointed. Families come here especially for long weekends, like Halloween and Christmas parties. It is not worth putting a lot of money for a room that will serve you for 8 hours. 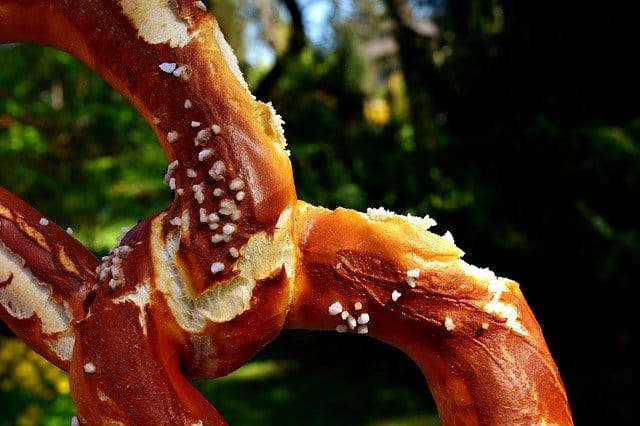 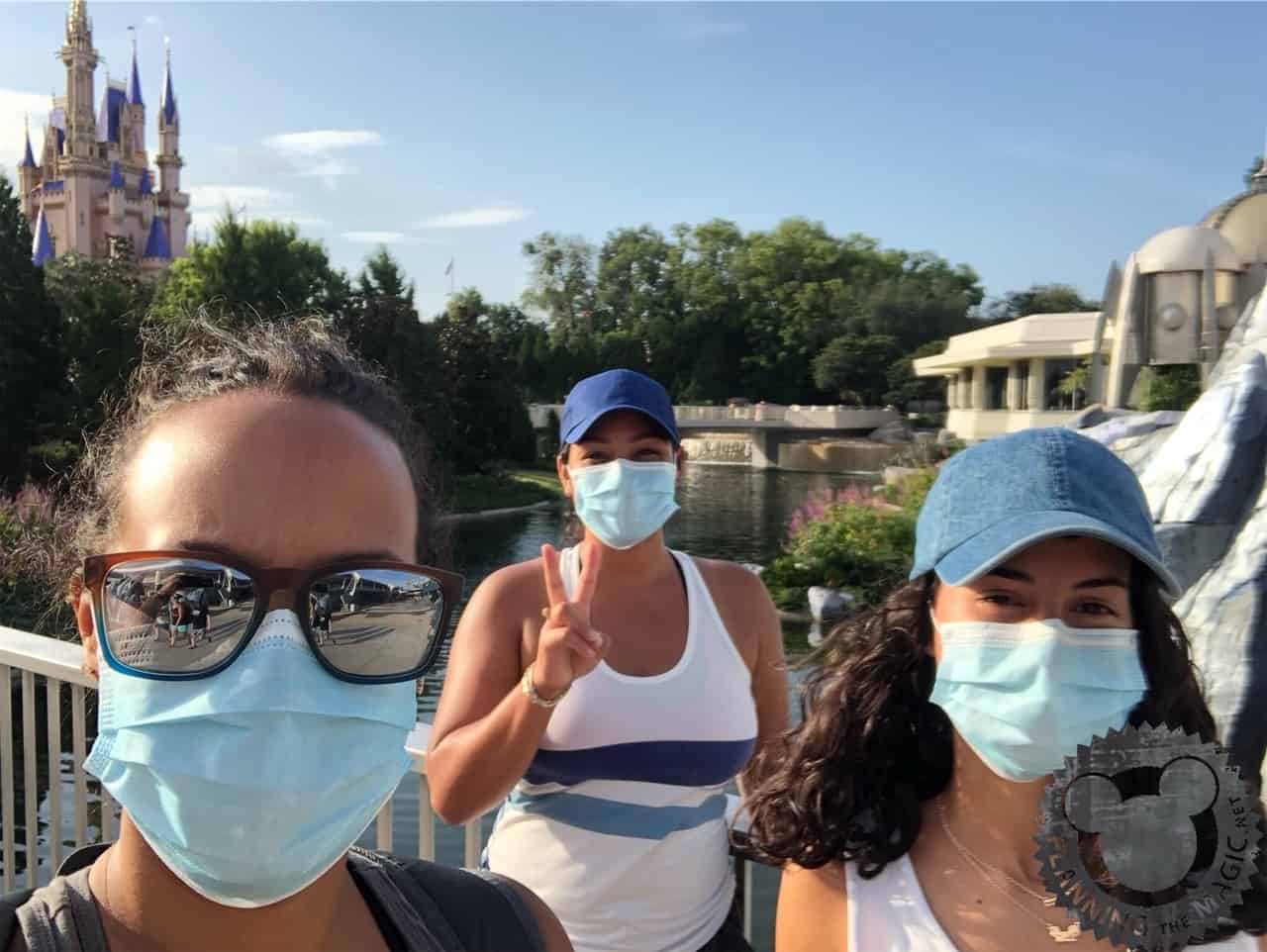 Next
A Trip Report | Disney World during Coronavirus
Comments are closed.