When planning your trip to Disney, you might be excited about eating famous Disney snacks like churros or Mickey Mouse shaped ice creams.  Just be sure not to miss the most popular Disney World snack, and potentially hardest to find, of them all – Dole Whip. Dole Whip, an enticing soft-serve fruit sorbet, can only be found at the Dole Plantation in Hawaii, online and at Disney resorts, making this hard to get delicacy a must try next time you visit Disney.  It’s not only delicious but the perfect cold snack for a hot day in Florida.

If you haven’t yet tried Dole Whip, you need to.  It’s a delicious, sweet, and if desired, instagrammable treat, that will be enjoyed by all ages.  Plus, it’s so popular that if you’d like, you can find all sorts of Dole Whip merchandise throughout the parks, from Dole Whip, themed hats to socks, beach towels, dresses, and even Mickey hats.  Alternatively, if you already have a souvenir refillable mug, you might want a souvenir that comes with your Dole Whip.  In that case, get your Dole Whip with a souvenir bowl or Tiki Sipper.

In 1976, Dole Whip became a sponsor of the Adventureland Tiki Room at Disneyland in California.  At first, they just sold pineapple juice and spears of pineapple, but by the mid-1980s, the pineapple-flavored soft-serve, now known as Dole Whip, was developed and sold at both Disneyland and Disney World, either on its own or in a pineapple juice/Dole Whip float.

Since then, Dole Whip has spread throughout the parks, being served in many different variations than just the original Pineapple Dole Whip and the Pineapple Float (Dole Whip served in pineapple juice with a maraschino cherry on top), which debuted at Disneyland in 1986.  It’s even available in several alcoholic forms, making it a tasty treat for kids and adults alike.

Dole Whip isn’t found everywhere in the parks, and you’ll need to do some research and planning to find specific variations of it.  Most places that serve Dole Whip at Disney offer the classics (Pineapple Dole Whip and the Pineapple Float), but you’ll need to look harder for flavors like orange, raspberry, lemon, lime, and mango.  If you’re vegan or lactose-intolerant, you’re in luck as Dole Whip is dairy-free, although be careful of locations that also serve other soft-serves, as there can be cross-contaminations. Be aware that the vanilla soft-serve contains dairy and soy.

Dole Whip isn’t typically included with meal plans, and the costs of Dole Whip and other meals in the parks can get expensive quickly.  That said, there are still plenty of ways to eat affordably at Disney.

What kinds of Dole Whip can you expect to find?

Pineapple Dole Whip is the classic flavor you’ll find everywhere.  But you will also be able to find Dole orange soft serve, raspberry,  lemon, a lime Dole Whip dessert reminiscent of key lime pie, and even a mango-flavored dessert crafted into the “Up!” house.

Where can you find Dole Whip in the parks at Disney World?

Aloha Isle: The original spot to get Dole Whip at Disney World, Aloha Isle in Magic Kingdom is the only spot at Disney you’ll be able to get a piece of pineapple upside-down cake with soft-serve Dole whip.  It’s also a popular spot to get Dole Whip, so the lines can be incredibly long. If you don’t want to wait in line, order through the My Disney Experience app to get your sweet treat a little faster.

The lines are worth it though for treats including but not limited to the following:

Aloha Isle also has limited-time offerings.  Right now, you can get a Kakamora Float, inspired by the coconut dudes in Moana.  It’s made up of coconut soft-serve with pineapple juice, blue curaçao syrup and topped with a chocolate Kakamora cake pop.  There are also a few secret items you can look forward to. You won’t find it on menus, but you can ask for a pineapple-raspberry swirl Dole Whip or a raspberry pineapple Dole Whip float if floats are more your style.

This flavor used to be offered as the Hei Hei Cone, a pineapple-raspberry swirl cone dressed up as Moana’s rooster friend, with a blue waffle cone, topped with a sour candy ribbon and candy eye.  Unfortunately, it was a limited time offer and fans were sorry to lose it, so they’ll be happy to know that they can request the pineapple-raspberry flavor at least! Hopefully, Disney will bring it back soon.

In the unlikely event that you get bored of the classic Dole Whip options, you can head to Sunshine Tree Terrace at Magic Kingdom for some unique twists including:

This is a rare opportunity to find orange and strawberry flavors, so it is definitely worth checking out when you’re in need of something refreshing.  Plus, unlike a lot of locations, Sunshine Tree Terrace takes Disney Dining Plan snack credits!

Storybook Treats may not have as many options for Dole Whip flavors, but if you’re a lime fan, this is the spot to go to for your afternoon snack.  You can get a Lime-flavored Dole Whip for $5.99 or have a Peter Pan Float, afloat with sprite, Lime Dole Whip and a Chocolate Feather for $6.99.

While Epcot is not the usual spot to find Dole Whip at Disney, Dole Whip can be found during certain festival periods.  Head to Refreshment Port at the Epcot Food and Wine Festival for a classic Pineapple Soft-serve Dole Whip ($4.99) or have it with Bacardi Coconut Rum ($10.25).

Similarly, look for Pineapple Dole Whip with Fanta or Parrot Bay Coconut Rum on the Pineapple Promenade during the International Flower & Garden Festival.

If you head into Africa in Animal Kingdom, you will find the classic Dole Whip options, plus a few Lion King themed specials at the Tamu Tamu Refreshments Stand.  The menu includes:

Where can you find Dole Whip at Disney World Resorts?

If you don’t want to wait through lines in the parks for your Dole Whip or you’re craving a Dole Whip but are staying at the resort all day, you’re in luck.  Head over to Disney’s Polynesian Village Resort for some good cocktails and classic Dole Whip.

But, it also puts some unique spins on the classic Dole Whip options, primarily with its alcoholic offerings, but also with the Te Fiti Cone (lime Dole Whip with an Orchid on top).

They just came out with a brand new cocktail version of Dole Whip in February 2020, inspired by the “I Lava You” at Sunshine Tree Terrace.  It’s called “Polynesian Lava You” and is a cocktail made up of passion fruit juice, guava juice, orange juice and rum topped with popping candies ($15.25).  They have the “I Lava You” as well so your kids can try that too! If you just want a simple alcoholic treat, they serve the Pineapple Dole Whip with rum. For those who want to go home with a Souvenir Tiki Sipper instead of a souvenir bowl, this is the place to go get your Pineapple Float.

Barefoot Pool Bar: For other great alcoholic options at the Polynesian Resort, head poolside for a Frozen Margarita with Lime Dole Whip (tequila, Lime Dole Whip, and Chili-Lime Seasoning) or a Frosty Pineapple (a splash of Captain Morgan Private Stock Rum to go with your pineapple Dole Whip).

Where else can you find Dole Whip at Disney?

If you find yourself in Orlando without the time to stay at a Disney Resort or go to a theme park, or just want to grab one last Dole Whip at Disney on your last day before you head home, you’re not out of luck.  You have a few good options in Disney Springs.

Wine Bar George: Along with amazing charcuterie boards, entrées like short ribs and desserts that include a wine pairing with three wines and free chocolates, Wine Bar George offers some great options for Dole Whip lovers who could use a cocktail.  There are Dole Whip based mimosas, Frozcatos (Pineapple Dole Whip with Moscato and Vodka), and Friezlings (Lime Dole Whip, Selbach Riesling, and Vodka). A meal followed by some Dole Whip based beverages will not disappoint. Plus, you get a complimentary frozen drink with the purchase of a Corkcicle.

Marketplace Snacks: Last but not least, Marketplace Snacks has the classic Dole Whip options (pineapple, vanilla or swirl) for $4.99 and the Pineapple Float for $5.99.  If you’re really adventurous, you can try the Dole Whip Nachos for 8.99!

This massive dessert includes fresh waffle cone chips covered in Pineapple and vanilla swirled Dole Whip and topped with Passion Fruit flavored Boba, pineapple, strawberry sauce, whipped cream and rainbow sprinkles.  For someone who loves more than just a regular Dole Whip or float, this is quite the ultimate dessert, especially if you love boba and fruit toppings.

Overall, you shouldn’t run out of opportunities to have good Dole Whip at Disney or chances to try new types of Dole Whip wherever you go.  Maybe you’ll discover you’d rather stick to the classic Pineapple float, but lucky for you, you should have no trouble finding it! If you like it so much you want to make it at home, you can order the Dole soft serve mix online and whip it up in your ice cream maker.  Many Dole Whip lovers swear it tastes almost as good as the real thing, and it should tide you over until you can plan another perfect trip to Disney! 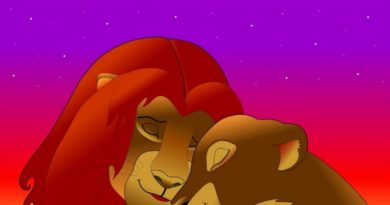 Best Stroller for Disney World (Everything you need to know) 10 Products You Need If You Love Disney