Planning your Walt Disney World vacation day-to-day itinerary can be tough, especially if you don’t know the parks super well. For Animal Kingdom, the biggest of the four Disney World parks, this can be pretty stressful, so we thought we’d help out with a simple guide to the Disney World Animal Kingdom map.

After buying your Animal Kingdom park tickets, or using pre-purchased passes through your Magic Band, you enter the front of the park. Ahead of you is the area referred to on the map as Oasis, which features a few walkthrough exhibits where you can catch a glimpse of some animals.

Crossing the first bridge brings you to Discovery Island. At the center of the island is Animal Kingdom’s Tree of Life, a great place to take pictures, but it also holds one of the park’s best attractions inside: It’s Tough to be a Bug. This is an entertaining and interactive 3D show about the characters from the Disney/Pixar film A Bug’s Life.

Also in this area are more trails and animals to see, like otters and lemurs, as well as plenty of great food spots. There’s Tiffins, a nicer, sit-down place, or you can check out The Smiling Crocodile, a food stand with more affordable but just as tasty options. If you are using a dining plan, check out our guide to help you understand your options.

Looking at the Disney World Animal Kingdom Map, the body of water surrounding Discovery Island is Discovery River, and all the other areas of Animal Kingdom are accessed through bridges connecting it all. Starting from the right of the entrance and going counter-clockwise, is Dinotown, USA.

This is an area of Animal Kingdom great for younger kids, with carnival-style games, and tamer rides, like TriceraTop Spin, or even a great stage show, like Finding Nemo — The Musical. The other must-see of this area is DINOSAUR, an indoor thrill ride that takes you through the past to the time of the dinosaurs. This ride is pretty intense, so make sure any kids you might be traveling with are old enough to handle it.

Continuing around the park, you will venture into the Asia area on the Disney World Animal Kingdom map. Here is where you will find one of Disney World’s best rides, and one you should definitely try to get a FastPass for Expedition Everest — Legend of the Forbidden Mountain. There’s also the Kali River Rapids, one of Disney’s few wet rides, as well as a great area to watch the new River of Lights show. If you need help deciding which rides to get FastPasses through with Disney’s FastPass+ system, check out our post on Animal Kingdom FastPasses!

Moving into the Africa part of the park, this is where you can see the most animals. There is plenty to see in walk-through areas, like gorillas and hippos, but there’s also Rafiki’s Planet Watch and Kilimanjaro Safaris, two of the best experiences Animal Kingdom has to offer. Rafiki’s Planet Watch allows you to get a behind-the-scenes look at the care of a variety of animals, as well as Disney’s conservation efforts.

On Kilimanjaro Safaris, you get on a vehicle with a tour guide who drives you through the savanna to see animals like lions, elephants, and giraffes. Sometimes you can be lucky enough to get pretty close to the animals, such as when a giraffe decides to slowly cross the road in front of you! The area where these animals live is huge, and you can only see a part of it on the Disney World Animal Kingdom map.

The Africa area of Animal Kingdom features Harambe Market, a great place to stop for food, with a lot of different options. It also includes the Festival of the Lion King, an amazing stage show that I definitely recommend checking out!

Pandora – The World of Avatar

This is the newest part of Animal Kingdom, opening in 2017. In Pandora, there are plenty of new food and drink places to try out, as well as two great new rides. Na’vi River Journey is a relaxing and beautiful ride through Pandora’s bioluminescent rainforest, while Avatar Flight of Passage is a more thrilling, 3-D ride on a banshee. Both of these are great FastPass+ options!

A first visit to Disney World can seem overwhelming, and that’s why it’s really smart to plan out your day ahead of time. If you need help, there are plenty of sites with itinerary suggestions you should check out. Animal Kingdom has plenty to offer to guests of all ages, whether you’re traveling with kids or adults only. I recommend spending at least one day here, though there’s so much to see you could spend a couple of days exploring the park. We hope this guide to the Disney World Animal Kingdom map is helpful, and have a wonderful stay! 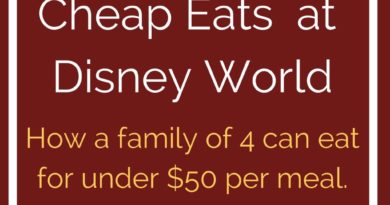 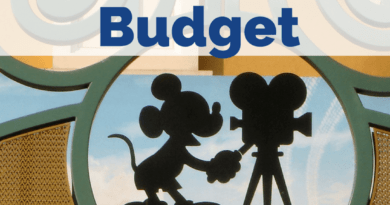 Staying at Disney on a Budget 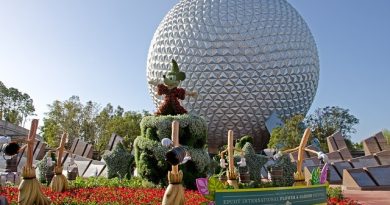