As a Disney Travel Agent, I am often reminded how soon in advance people plan their Disney vacations, years!  That’s why I want to give you one of the first looks at Disney 2021.

So what’s up with Disneyland, Disney World, and maybe even the Disney Cruise Line in 2021? The amount of changes that are coming to both the Disneyland Resort and the Walt Disney World Resort is literally insane. Let’s dive right into every single planned or announced change coming in the year 2021 to Disney. So, here is a list of all the changes you need to know about Disney 2021.

Here are the planned and already announced Newest Additions:

The new Avengers Campus coming to Disney’s California Adventure Park will be completely unique. The Avengers are looking to recruit the next generation of superheroes.

It will be located behind Guardians of the Galaxy-Mission: BREAKOUT! This means it will be a completely new expansion of the park, just beyond Hollywood Land. According to Disney, there will be several different “addresses” (probably individual buildings). These addresses will each represent an Avenger and have a personality and feel just like that Avenger’s character and vibe.

The new Avengers Campus will also have a brand new, motion simulator, interactive Spider-Man ride which The Walt Disney Company claimed at the 2019 D23 Expo will be unlike anything that has ever been done before. It will also be the very first Disney Parks Spider-Man attraction!

Magic Happens will feature a new song written and recorded by famous musical artist Todrick Hall. There will be floats featuring Moana, Coco, Disney Princesses, and many more.

The parade will spotlight some of the most magical moments in the history of Disney films. Disney Parks parades, like their films, are famous for bringing people to tears.. So, I think it is safe to assume that this new Magic Happens Parade that is supposed to be all about the best moments in Disney movies will also make us all shed a few tears.

Rise of the Resistance

Unfortunately, though, we are quickly captured by the First Order and then we are Force interrogated by Supreme Leader Kylo Ren. We then have to figure out how to escape from the First Order.

Without giving away any spoilers, I will say that we thankfully escape, but not without a fight and a lot of stress and drama. Along the way, we get to see some amazing, state of the art audio-animatronics of Kylo Ren, General Hux, Finn dressed as a Stormtrooper again, and even BB8!

Riders also get to experience what it is like to be caught in the crossfire of laser blasters, lightsabers, Stormtroopers, droids, good guys, and bad guys. I promise, you have never ridden anything like it before in the whole world.

In order to make the celebration extra magical though, there are a lot of changes that need to be made first. This means that the year 2020 might mean a lot of construction around the parks, but it definitely is worth it to see all the new attractions, shows, and developments when the year 2021 finally rolls around! For additional details all about Disney World’s 50th-anniversary celebration in 2021, check out this article I wrote!

Here are the planned and already announced Newest Additions:

This new Walt Disney World resort hotel, which will be called Star Wars Galactic Star Cruiser, will be unlike anything is ever done before. It will be a two-day long, extremely immersive experience.

Guests will be faced with decisions and interactions with characters around the hotel. Whatever they chose will actually impact what happens during their experience. One of the best parts is that every guest, regardless of age, will get to train with a lightsaber just like Luke Skywalker did in Star Wars Episode IV: A New Hope.

Mickey and Minnie’s Runaway Railway has been in development for several years now. It is replacing the Great Movie Ride at Disney’s Hollywood Studios in the Chinese Theatre.

While many are claiming that it will feature the very first Mickey and Minnie audio-animatronics ever, that is actually not true! The, now defunct, Mickey Mouse Revue show in Magic Kingdom in Walt Disney World was the first to feature a Mickey Mouse and a Minnie Mouse animatronic.

Regardless, I am still so excited to see the new versions of animatronic Mickey Mouse and Minnie Mouse in this completely brand-new attraction!

Guardians of the Galaxy: Cosmic Rewind

Guardians of the Galaxy: Cosmic Rewind is a cool new roller coaster coming to Epcot. Cosmic Rewind has also been in construction for a while. It will be the very first Disney roller coaster to use a reverse launch system. This means the ride will launch from zero miles per hour to a really fast speed in a matter of seconds, just like the Incredicoaster at Disney’s California Adventure or Rock ‘n’ Roller Coaster Starring Aerosmith at Disney’s Hollywood Studios.

However, unlike those roller coasters, riders will be facing the opposite direction that they will be launching. The individual coaster cars will also spin independently from the rest of the train, similar to how the Seven Dwarfs Mine Train cars swing independently from the others. However, the Guardians of the Galaxy: Cosmic Rewind roller coaster cars will spin 360 degrees throughout the ride.

The new Play! Pavilion will occupy the building where the Wonders of Life Pavilion once stood. The Play! Pavilion is supposed to be themed like an interactive city.

Guests can interact with and meet their favorite Disney characters. It is going to be unlike anything else that has ever been made before, by Disney or any other theme park company. You also will not be able to find anything like this in any other Disney Park. The Play! Pavilion will be completely unique to Epcot. This part has not been confirmed, but my assumption is that it will be heavily based on Walt Disney’s vision for “Progress City,” which was also the inspiration for Epcot.

Guests can see the actual model for Progress City that Walt Disney built while riding the Peoplemover through the tunnel above Space Mountain in the Magic Kingdom Park. I cannot wait to see what the new Play! Pavilion will be like.

The new Awesome Planet show will be placed in the Land pavilion at Epcot. The show has recently debuted with amazing reviews from guests. Awesome Planet is an awesome hit among Walt Disney World visitors.

The new Awesome Planet show educates guests about the planet earth with high tech visuals and effects. The story of our beloved planet begins with the beginning of time, all the way to the present. Guests feel inspired to help the environment after learning about the drastic impacts of climate change and environmental devastation. The entire show is very cool.

Journey into Water is inspired by Moana and will be located near the Seas with Nemo and Friends. Guests will get to interact with kinetic, living water. Guests will be able to interact and control the living water, just like Moana does in the movie. It will take the place of Innoventions West.

While guests have fun with the water and nature, they will also be learning all about water and nature all at the same time. However, they will probably be having so much fun that they will not even realize how much they are learning, which is the whole point of Epcot, right?

It will celebrate music and the magic of Disney movies. I, for one, am super excited to see it! For now, Epcot Forever is a temporary nighttime spectacular playing every day (well, every night) for now until HarmonioUS debuts.

Yes, Spaceship Earth is scheduled to get a major refurbishment with a good amount of changes. But do not stress, most of the scenes in Spaceship Earth are supposed to remain pretty much the same. However, instead of focusing solely on science and technology, the ride will now also highlight the importance and growth of storytelling throughout history.

Phew! That was a lot to unpack. At least there are not really any changes coming to Disney Cruises in 2021 for me to write about, not yet anyway.

Let’s talk more about some of these cool new things coming soon to Disney Parks in 2021. With the changes coming to Disney’s California Adventure park like the new Avenger’s Campus and Spider-Man ride that will be like anything ever before created, Disney’s California Adventure Park may finally fix its reputation as a “half-day park.” Not only that, but that park has been slowly but surely getting a major facelift. It will likely become more and more popular in the coming years.

Walt Disney World is probably getting a much bigger refurbishment. Let’s talk about all of that. One of the coolest new additions to the resort will probably the new resort hotel Star Wars: Galactic Star Cruiser. It will be an experience, unlike anything we have ever seen before. Now obviously, Epcot is getting a huge overhaul and refurbishment. Almost everything in the current Future World is changing. Walt Disney World will almost be completely different.

Be sure to let me know what you are most excited about in Disney 2021–whether it be about Disneyland 2021, Disney World 2021, or anything else regarding Disney in 2021–in the comments below! 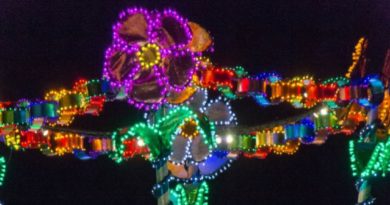 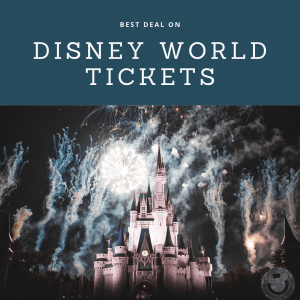